“The most powerful leadership tool you have is your own personal example.”

My 20 years with PAACE allowed me to work with awesome people from all over our community.  My title was Executive Director, but I approached my job as a “player/coach.”  I was lucky to have a great team around me.  Like a coach, it was my responsibility to make decisions, but because we worked as a team in developing our plans, I knew I could count on everyone on the team to make sure we were successful.

I want to see our county administration and all county staff work as team.  I want every county employee to feel like part of a winning team.  We have made some improvements over the past four years,  but I believe we still have a long way to go. I want to continue to work in a positive direction, but I need your help. I need your vote on August 4th and again on November 3rd. Thank you!

Here is my complete resume if you're interested in finding out more about my leadership experience! 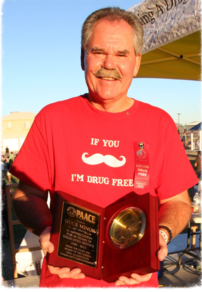 Forbes lists the top 10 things that make a good leader as:

When it comes to government and politics, I find the most important thing in leadership is listening.  I find that if one wants to lead people, one must first understand the people he/she wants to represent.  A good leader would never expect people to follow him/her off the edge of a cliff.  But if the leader knows where the group wants to go, and can develop a plan on how to get there, others will not only follow, but help get the group where it wants to be.

Over the years I have had the privilege of holding many leadership positions both locally and at the state level.  Here are a few examples I am very proud of:

- Served as President of the Arizona School Boards Association (1991)

- Served as President of the Arizona County Supervisors Association (1992)

- Member of the Parker Rotary Club since 1989